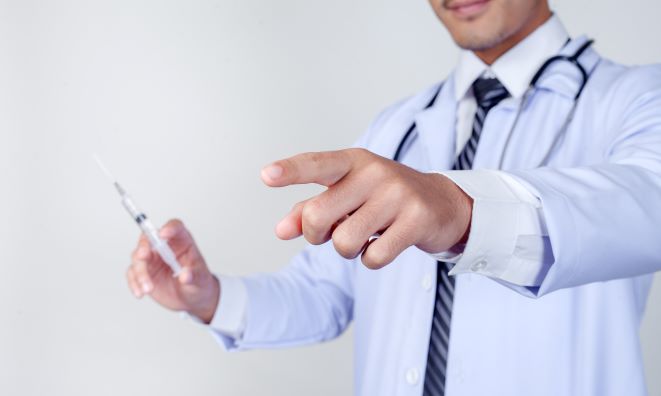 Neither money nor other nudges are enough to persuade vaccine-hesitant people to get the COVID-19 vaccine, a new USC study shows.

The findings, published recently in the journal Vaccine, suggest the standard public health playbook may be ineffective, and mitigating future pandemics may require stronger policy levers such as employer rules or government mandates.

“There is literature and evidence from other vaccination campaigns like the flu, and even some childhood vaccinations, showing that financial incentives do move the needle. We were expecting similar results,” said Mireille Jacobson, an economist and associate professor at the USC Leonard Davis School of Gerontology, co-director of the Aging and Cognition Program at the USC Schaeffer Center for Health Policy & Economics and the study’s first co-author. “Apparently, people have much stronger beliefs and objections about COVID-19 vaccination.”

In mid-2021, months after vaccines were widely available and COVID deaths continued to mount, researchers evaluated vaccination “intentions” – stated plans to get vaccinated — versus actual vaccine uptake. They recruited 2,701 unvaccinated members of a Medicaid managed care plan in California to fill out a survey and randomly assigned them to one or more of the following conditions – a video message to encourage vaccination; $10 or $50 financial incentives for vaccination; or access to a simple vaccination appointment scheduler.

The average age of survey respondents was 36.4 years; 74% were female, 36% self-identified as white, 31% as Black and 34% as Latino. About two-third of respondents received care through Contra Costa Regional Medical Center. The median self-reported household income was between $20,000 to $29,999 and 8% of respondents had less than a high school degree. As for political leanings, 55% supported Joe Biden in the 2020 presidential election and 15% supported Donald Trump.

The respondents were spread evenly across the study’s different groups. The primary goal was to see whether participants received at least one dose of the COVID-19 vaccine within 30 days of recruitment.

The result: Public health messaging increased the number of people who said they would seek vaccination — but none of the interventions increased vaccination rates.

What’s more, vaccination rates declined by about 4 percentage points when money was offered among two groups: those 40 and over and those who supported Trump in the 2020 presidential election. These groups had the lowest rate of vaccination intentions in the sample.

“The main lesson I took away from this is that, in our increasingly tribal and politically polarized environment, some people have become so entrenched in their beliefs that a nudge is just not enough to get them to act on simple, widely accepted medical advice,” said co-first author Tom Chang, an associate professor of finance and business economics at the USC Marshall School of Business. “In some cases, the narrative seems to be more important than life and death.”

Other highlights from the study include:

About the study: In addition to Jacobson and Chang, other authors of the study include Manisha Shah of UCLA, and Rajiv Pramanik and Samir B. Shah of Contra Costa Regional Medical Center.

The research was supported by J-PAL North America and the National Institute on Aging (P30AG034532).