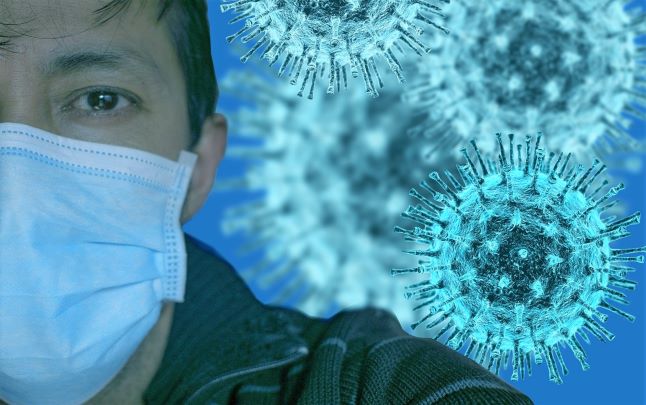 From increased understanding of immunity to analysing the success of vaccines, we look back at what Imperial taught us about COVID-19 in 2022.

A study published in March in the journal Science found that in triple-vaccinated people infected for the first time, Omicron infection boosted immunity against previous variants (such as alpha, delta, and the original strain) but less so against Omicron. There was no boost at all in people who had previously been infected with a different variant. The Imperial team behind the paper attributed this to an effect called ‘hybrid immune damping’. This study helped explain why so many triple-vaccinated people were infected or re-infected when Omicron was prevalent earlier in the year.

But T cells from the common cold provide some cross-protection

A study led by Imperial researchers and published in January in Nature Communications found that T cells from the common cold provide some protection against SARS-CoV-2. The researchers studied 52 people who had recently been exposed to the virus and found that the 26 people who did not become infected had much higher levels of T cells associated with the coronaviruses that cause the common cold than people who were infected. These T cells target internal SARS-Cov2 proteins, rather than the spike protein on the virus’ surface.

The brain impacts of COVID-19 are equivalent to 20 years of ageing
Researchers from Imperial and the University of Cambridge analysed cognitive data from 46 people who received in-patient care for COVID-19 and found that they performed worse on tests measuring memory, attention, and reasoning. The researchers compared their results to population-level data and found that the decreases in performance were comparable to the effects of 20 years of ageing. It’s likely, the researchers say, that the body’s own inflammatory response is the major cause of damage.

COVID-19 and flu can be a dangerous combination

Patients with both COVID-19 and flu are at much greater risk of severe disease and death than patients with COVID-19 alone. A team of researchers from the University of Edinburgh, University of Liverpool, Leiden University, and Imperial analysed the data from more than 305,000 COVID-19 patients. They found that patients in hospital with both COVID-19 and the flu were over four times more likely to require ventilation and 2.4 times more likely to die than patients who only had COVID-19. This highlighted the need for greater flu testing amongst COVID-19 patients, as well as the importance of full vaccination against both diseases.

COVID-19 can have complications in children

In the early stages of the pandemic, researchers in Imperial’s Department of Infectious Disease identified a rare syndrome affecting children, which they called Paediatric Inflammatory Multisystem Syndrome (PIMS). PIMS is similar to another rare inflammatory syndrome called Kawasaki disease. Imperial researchers went on to collaborate on a study called PreVAIL, through which they were able to identify a unique genetic signature in children with PIMS. The researchers also confirmed the importance of close monitoring and early treatment in slowing down the inflammatory process and decreasing the risk.

Genetics can impact your likelihood of severe COVID-19

Imperial researchers found that a common genetic change can reduce the risk of severe COVID-19. TMPRSS2 is a protein present on cells in many tissues throughout the body and is necessary to activate the SARS-Cov2 spike protein and allow the virus entry into cells. About a quarter of the population have a variant of the protein, and Imperial research, published in February in Current Research in Translational Medicine, found that individuals with the variant are significantly less likely to be admitted to hospital with COVID-19.

As the COVID-19 vaccine rolled out to younger age groups, there were a growing number of reports of possible impacts on the menstrual cycle. Because menstrual cycles can have significant natural variation, however, it is difficult to determine the specific effects of the vaccine. Two studies at the beginning of the year found that, although the vaccine can have some effect on menstrual cycles, the effects are minor and resolve quickly. The studies came respectively from the US and Norway, which both gave their vaccine doses 3-4 weeks apart, compared to 8 weeks apart in the UK. That means, in the UK, both vaccine doses wouldn’t be given during the same menstrual cycle, so the same effects might not be seen here. Imperial researcher Dr Victoria Male described the results as “limited but reassuring.”

Imperial research published in The Lancet Gastro found that patients being treated with immunosuppressant drugs commonly used for Irritable Bowel Disease had a reduced response to the COVID-19 vaccines. A greater percentage of patients taking infliximab and tofacitinib did not have a protective antibody response after two doses of the COVID-19 vaccine compared to control patients and to patients taking other common IBD drugs such as thiopurine, ustekinumab, or vedolizumab.

The vaccine may have prevented almost 20 million COVID-19 deaths

Imperial modelling found that vaccinations were able to prevent 19.8 million COVID-19 deaths worldwide in the first year of the vaccine’s rollout. Researchers from Imperial’s MRC Centre for Global Infectious Diseases Analysis were able to produce this figure using excess deaths data from 185 countries and territories worldwide.